In 2005, Bristol High School stu­dents began a series of inves­ti­ga­tions into the iron ion con­tent of our local water­shed; the Otter Creek. Approximately 1.9% of the Earth’s crust is iron. In nature, iron is found as two types of ions: Fe2+ and Fe3+. The stu­dents knew that the cycling between these two states of iron ions has a sig­nif­i­cant effect on both the liv­ing and non-living parts of the fresh­wa­ter environment. 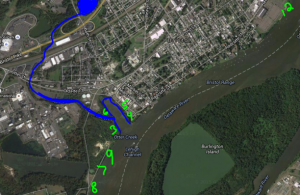 Together with their teacher, Dr. Bill Smith, they set out to inves­ti­gate the pat­tern of this cycling in Otter Creek, Magnolia Lake, Silver Lake, and the Bristol Marsh; all parts of the same watershed. 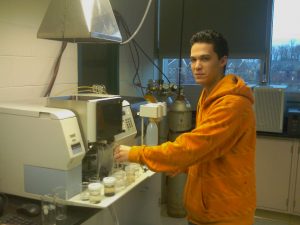 Initial inves­ti­ga­tions focused on Fe2+ con­cen­tra­tions. During the first years of the project, the stu­dents used Villanova University’s Atomic Absorption Spectrometer. After a $10,000 grant from Toyota Motor Sales, USA and gen­er­ous sup­port from Dow and the National Science Foundation, the stu­dents were able to pur­chase an Ultraviolet/Visible light spec­trom­e­ter for Bristol High School and con­tin­ue the research on site. 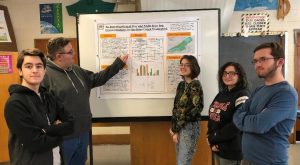 Each year, the stu­dents pub­lished their research in the form of a poster that was dis­played at an annu­al poster ses­sion held by the Philadelphia Section of the American Chemical Society. Four of the posters won awards. Most notable is that the group dis­cov­ered a new method for deter­min­ing Fe3+ con­cen­tra­tions in nat­ur­al waters. This research is sched­uled to be pub­lished in the Journal of Chemical Education, the world’s pre­mier jour­nal focus­ing on uni­ver­si­ty chem­i­cal edu­ca­tion, in February 2020.